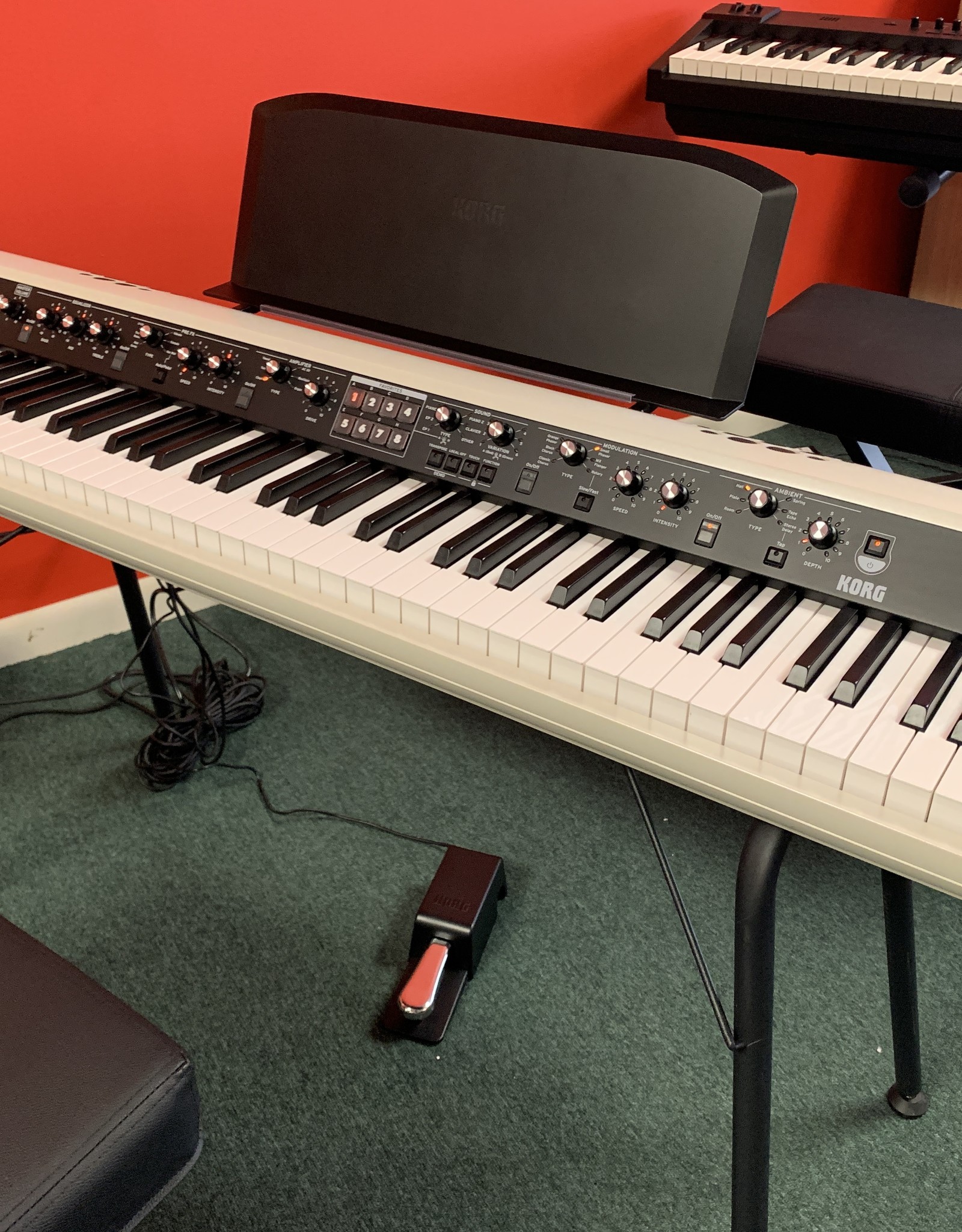 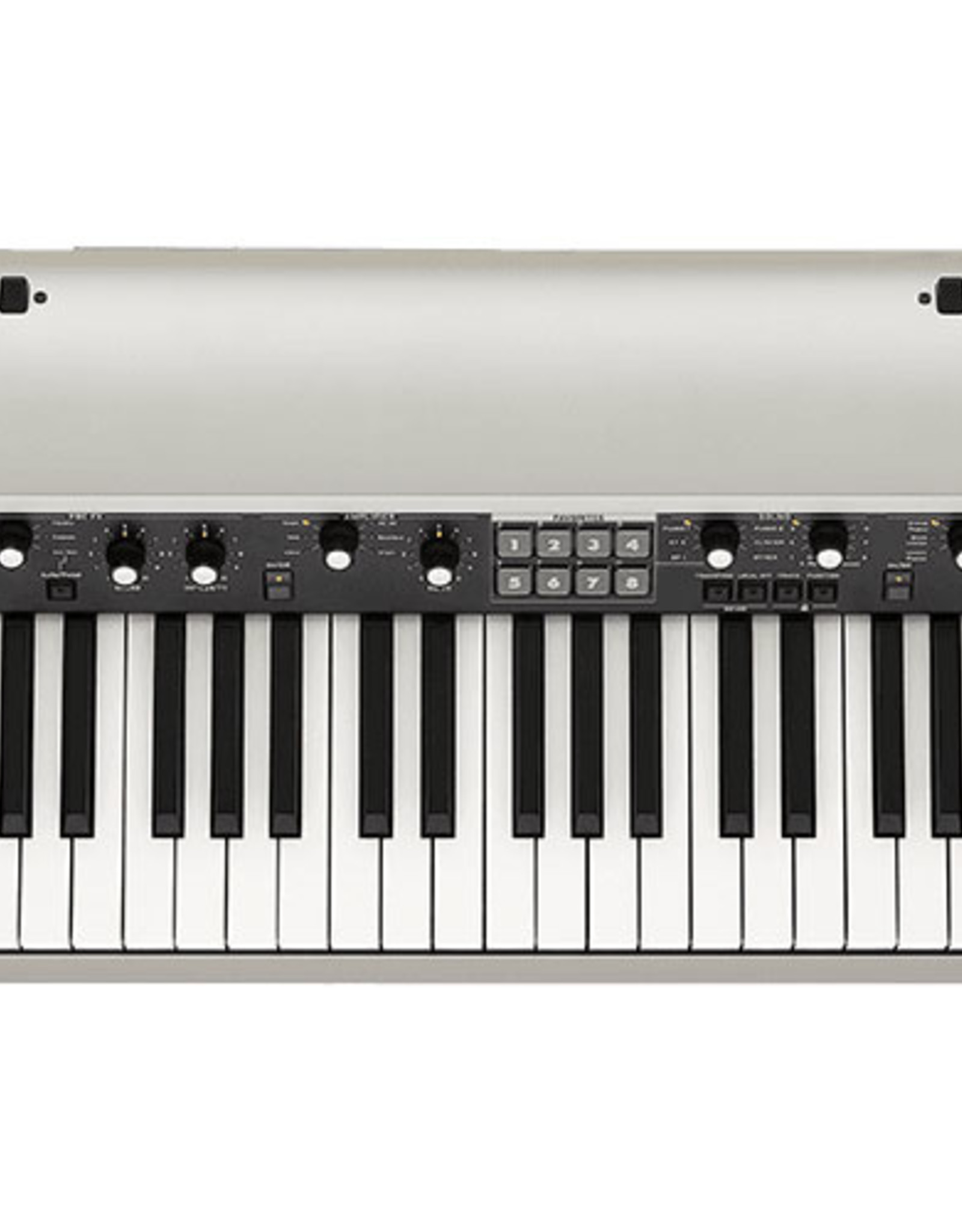 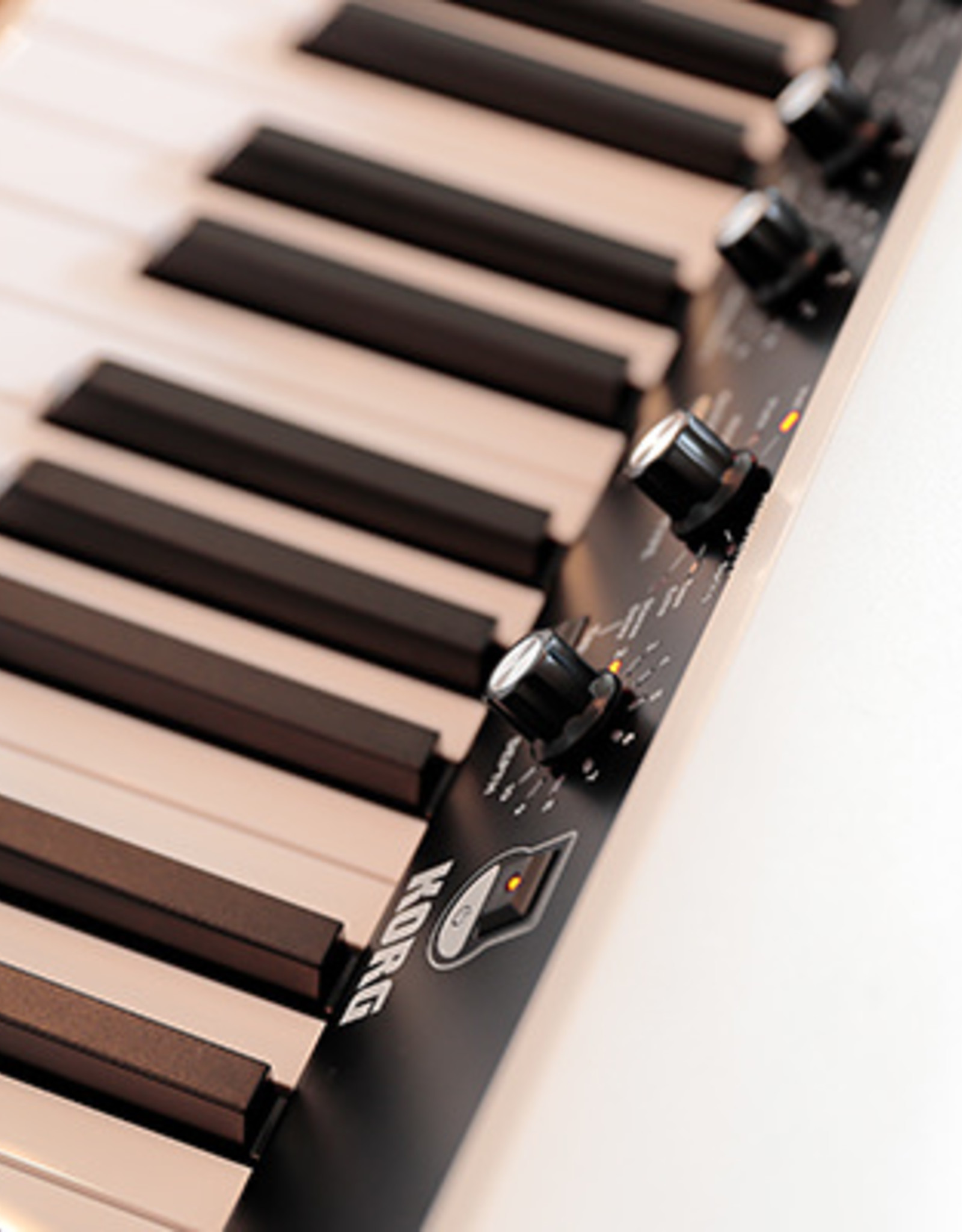 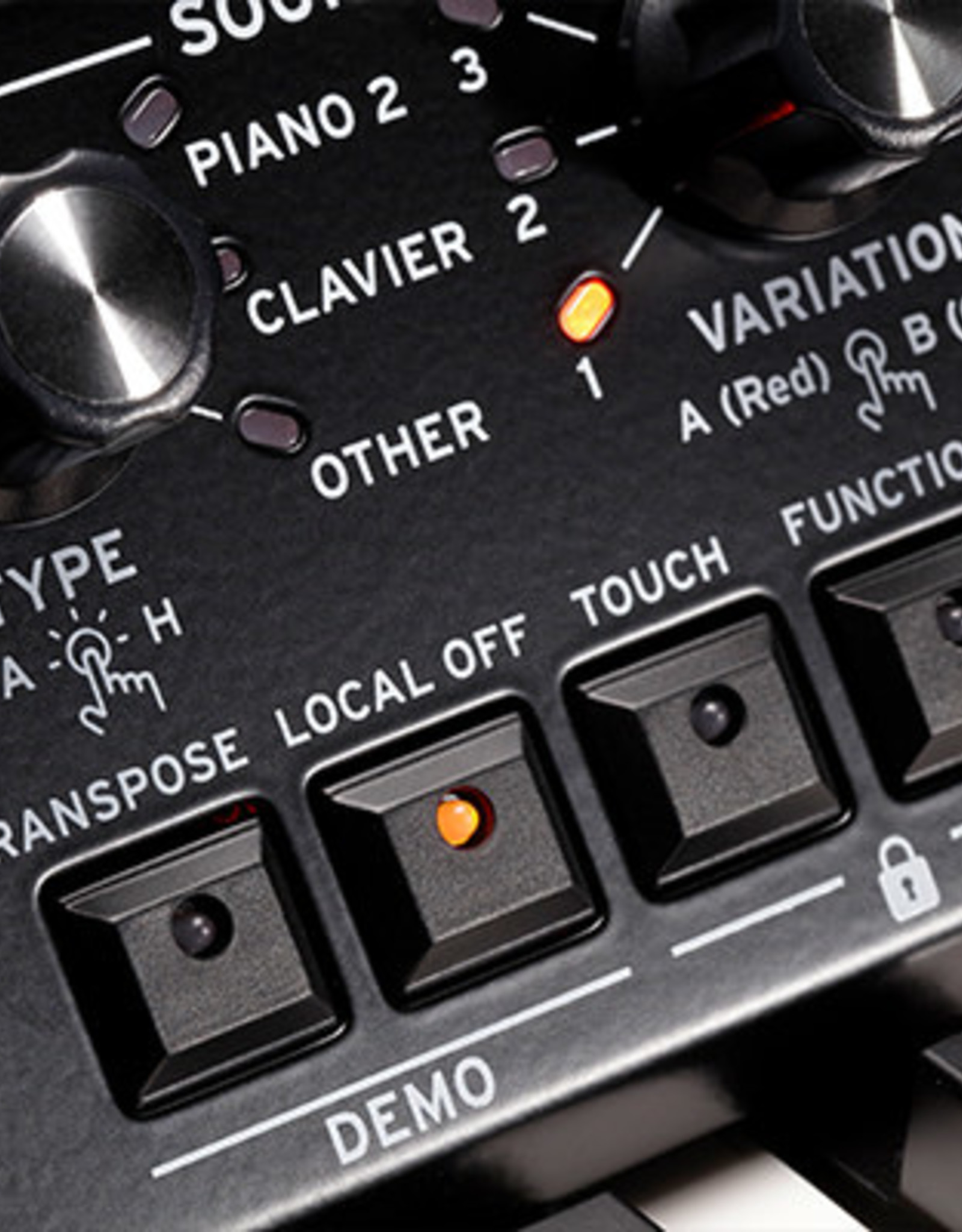 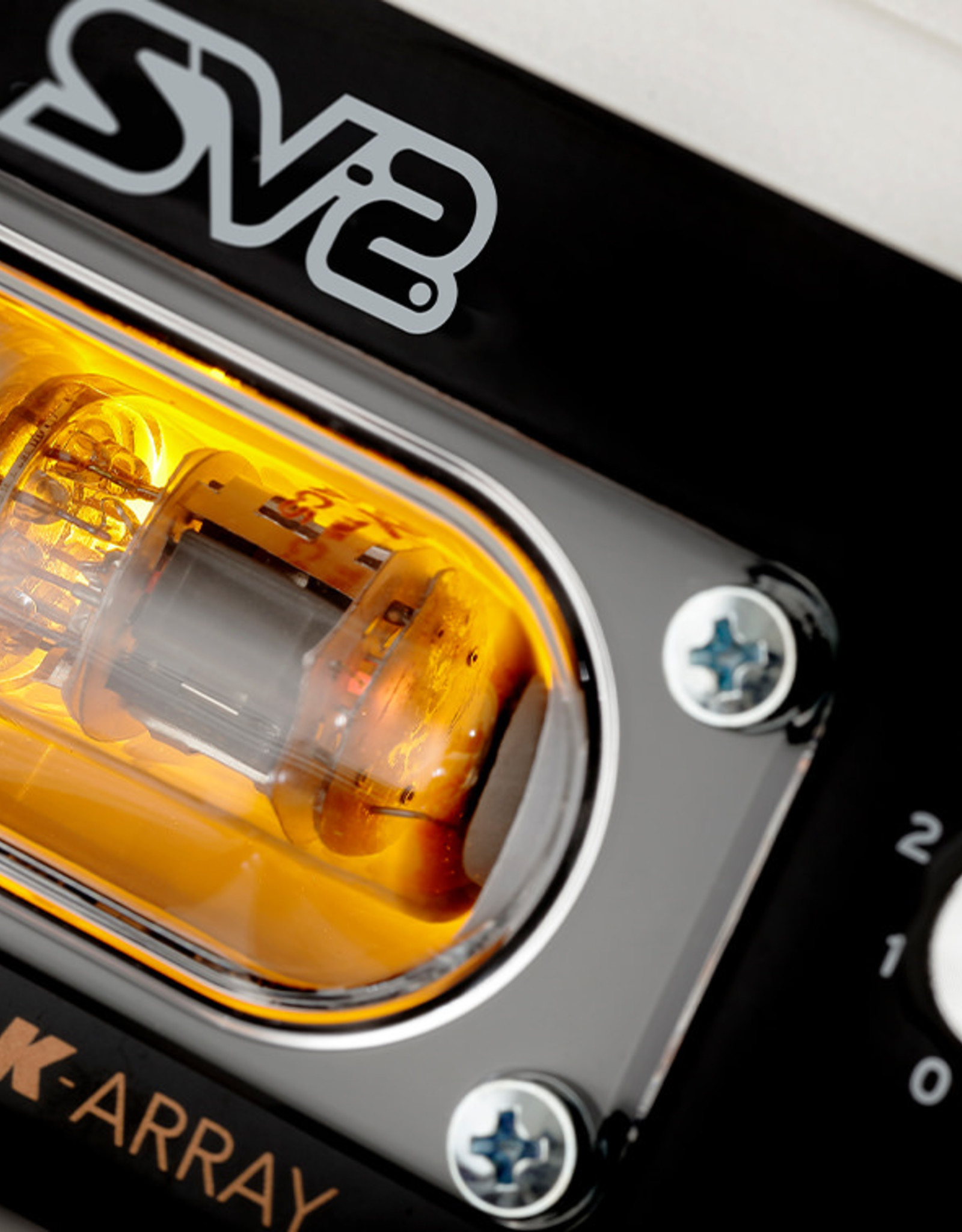 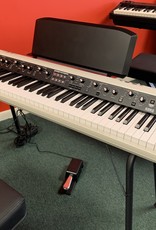 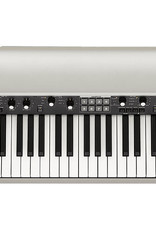 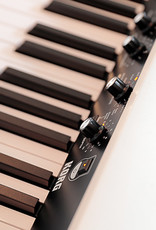 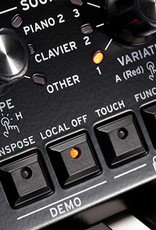 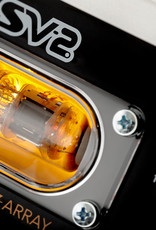 Never before has a single instrument captured the signature sound, the unique performance experience, and the aesthetic satisfaction of so many definitive keyboards as the KORG SV-2 Stage Vintage.

Ten years ago, KORG launched the Stage Vintage line to wild acclaim. The combination of an intuitive live panel, the premier keybed, the ultimate realization of coveted vintage sounds, the clarity of world-class pianos, the warmth and character of period-proper effects, and the distinctively smooth shape has inspired musicians from around the globe for over a decade. Available with either 88 keys or 73 keys, these SV-2 models are the latest additions to the Stage Vintage series, featuring more of everything that makes an SV great. More Sounds. More Memory. More Polyphony. More Presets. More Control. It is quite literally everything one could want in a performance stage piano … and more. Plus, be sure to check out the SV-2S models, equipped with an internal K-ARRAY speaker system.

The SV-2 contains over ten times the sample data available in previous SV models, providing ample memory for many all-new piano and keyboard sounds. The SV-2 is home to 72 compelling sounds, and provides 64 memory locations to store edited Favorites for instant access during performance. Using the SV-2 Editor software, users are now free to create their own split and layered programs and save them to one of the Favorites locations. In fact, a single favorite can access up to three timbres at once – A piano/bass split with a layer of strings, for example. While user splits must be created using the SV-2 Editor, the split point on the keyboard can be adjusted directly from the front panel. Plus, polyphony of the SV-2 now stands at 128 voices, allowing more effective layering of sounds or sustained chording

Add your review
0 stars based on 0 reviews 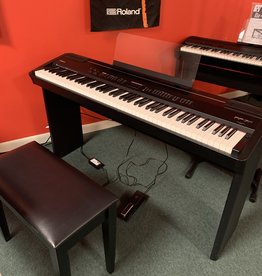 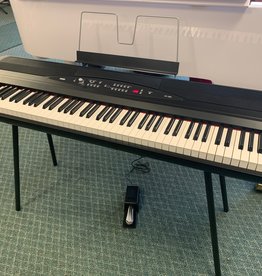 Piano players of all levels appreciate playing an instrument that faithfully reproduces the sound and feel of Concert grand piano. Korg’s SP-280 offers that experience in a beautifully-designed digital piano that’s ideal for your home or as a partner on s
Add to cart
Korg SP-280 Digital Piano
$799.99 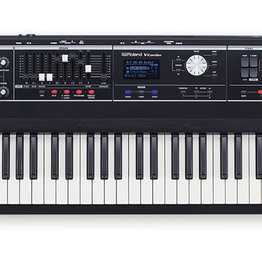 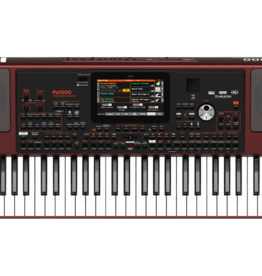 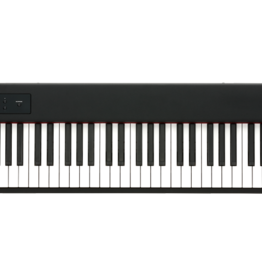 For players interested not only in classical, but also jazz, rock, or funk, the convenience of being able to play in a practice room plus the mobility to take the D1 anywhere is key. On top of that, a carefully fine-tuned playing feel is crucial. The D1 i
Add to cart
Korg D1 Portable Stage Piano (w/Stand+Bench)(Black)
$795.00 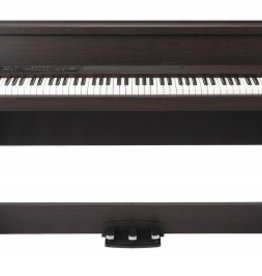 The LP-380 is a digital piano that's designed with a style to match your interior decor. Merely 26 cm in depth, it's slim enough to fit anywhere. The wooden key cover is flat on top, allowing the instrument to blend elegantly into your room when you're no
Add to cart
Korg LP-380
$1,149.99 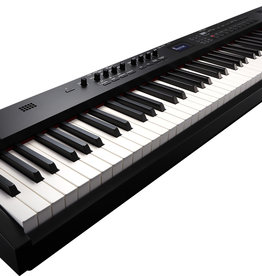 RD pianos have been the choice of professional keyboardists for more than 30 years, appearing on stages around the world. Now you can have the acclaimed RD sound and playability in a lighter, more accessible, and more affordable instrument.
Add to cart
Roland #RD-88
$1,299.99