Since 1937, Baldwin Piano & Organ Center has been the Midwest’s Premier Piano & Organ Showroom. Our facilities occupy three historic downtown buildings with over 12,000 square feet of showroom space. The business has been a Baldwin dealership since 1937, and has subsequently come over time to carry other brands as well, most notably having been a Roland dealership since 1984, a Samick (Wm. Knabe, Pramberger, Seiler, Samick) dealership since the early 1990’s, now carrying Dexibell, Korg and more.

The history of our store is rich and varied, spanning back over the past 75 years we’ve been in business, but going back even further for the buildings that Baldwin Piano & Organ Center calls home. Take a look into the past, and stroll through the history of three of downtown Herrin’s oldest and most well-preserved historic buildings — places that have been banks, taverns, offices, department stores, performance spaces, and the site of two presidential visits. 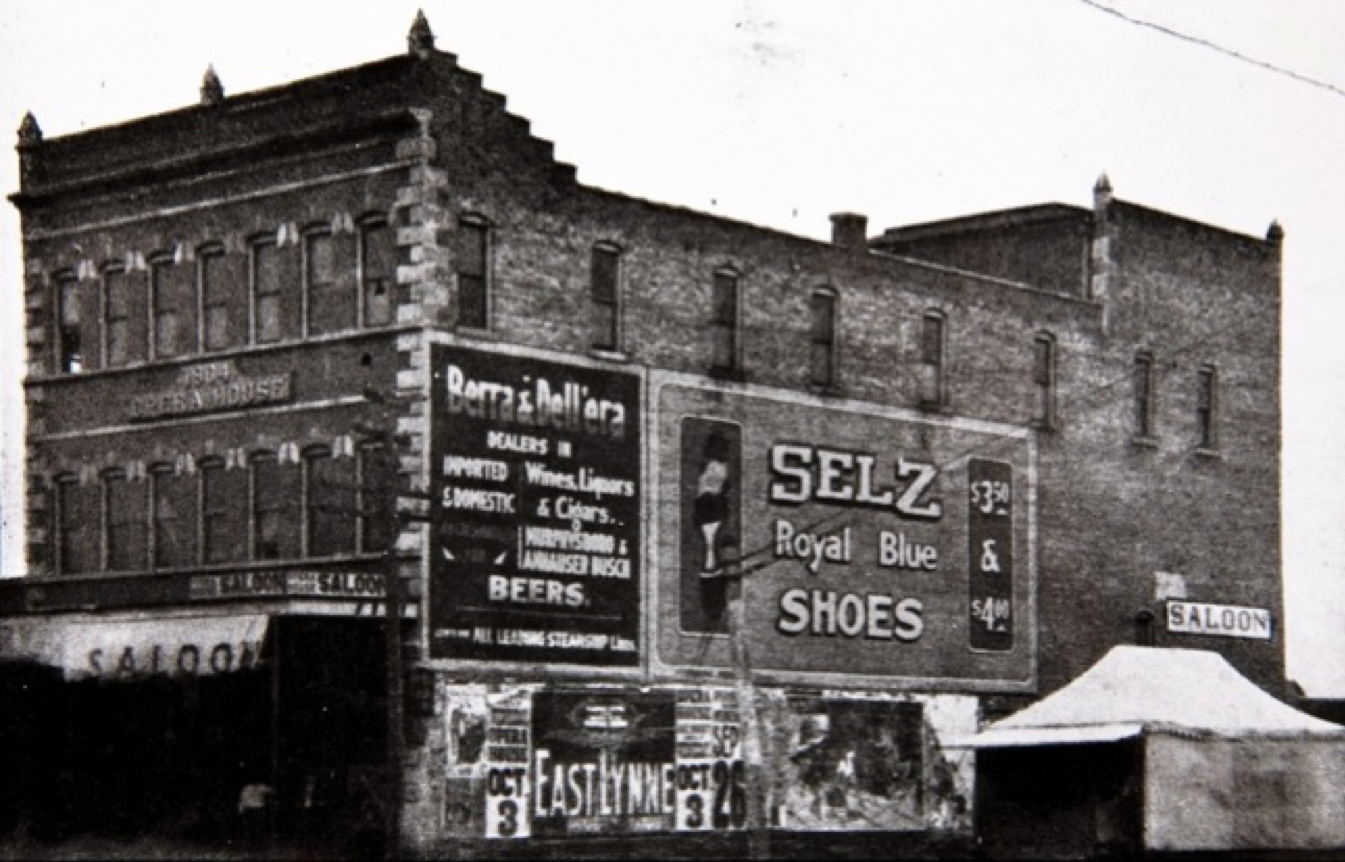 Construction of the Dell’Era Opera House (above) was finished, at what is today 204 North Park Avenue. The opera house was a three-story building. 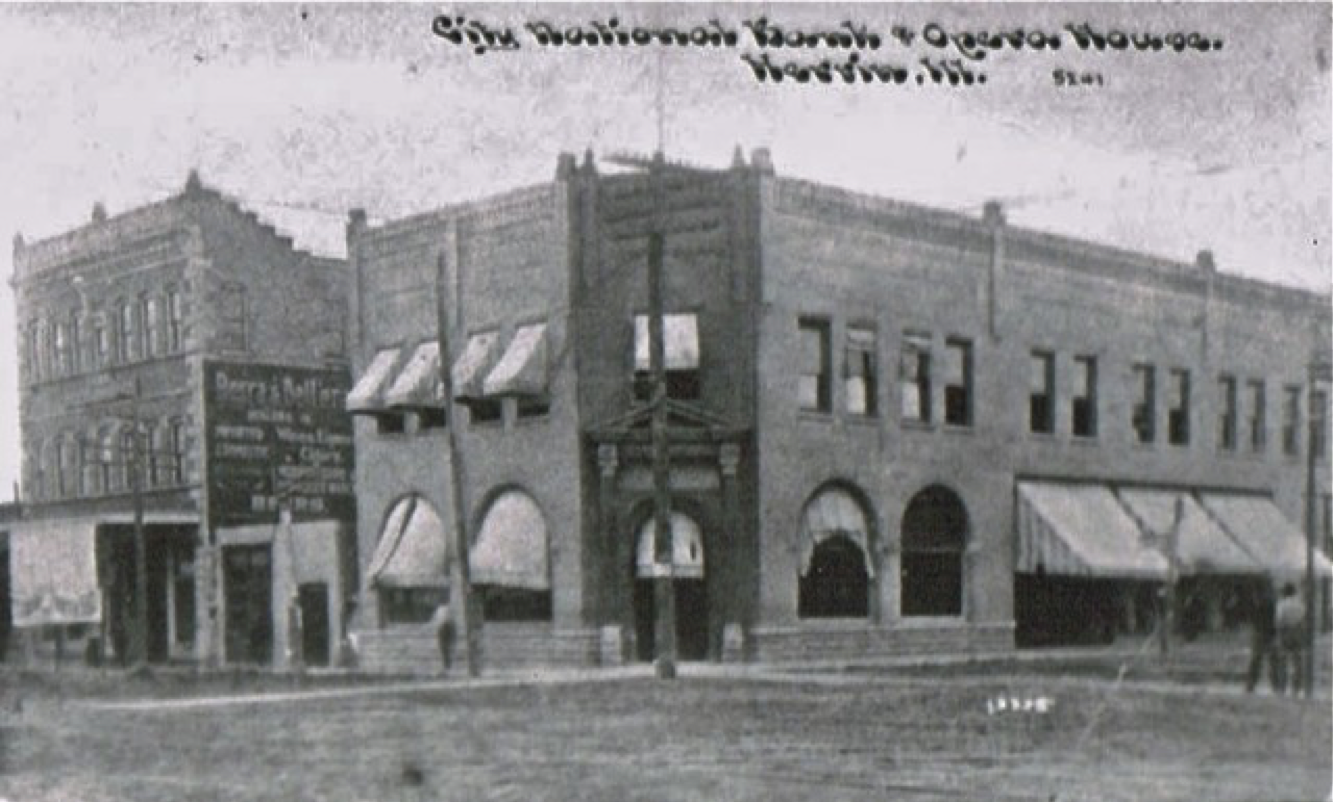 Construction of the City National Bank Building (above) at 200 North Park Avenue was completed; the building cost just $25,000. Two years earlier, the bank had been organized for $50,000. In a very short amount of time, being the youngest bank in Herrin, it reached $1,000,000 in assets.

The Dell’Era Opera House was consumed by an electrical fire. A two story building was rebuilt in the 1920s and used as office space by Louis Dell’Era and others.

The Merlo Building (above, white façade) was constructed sometime in the 1920s at 202 North Park Avenue. During the 1920s, Herrin develops identity as the “Trade Center of Egypt”, and city population reaches 20,000 in 1923. 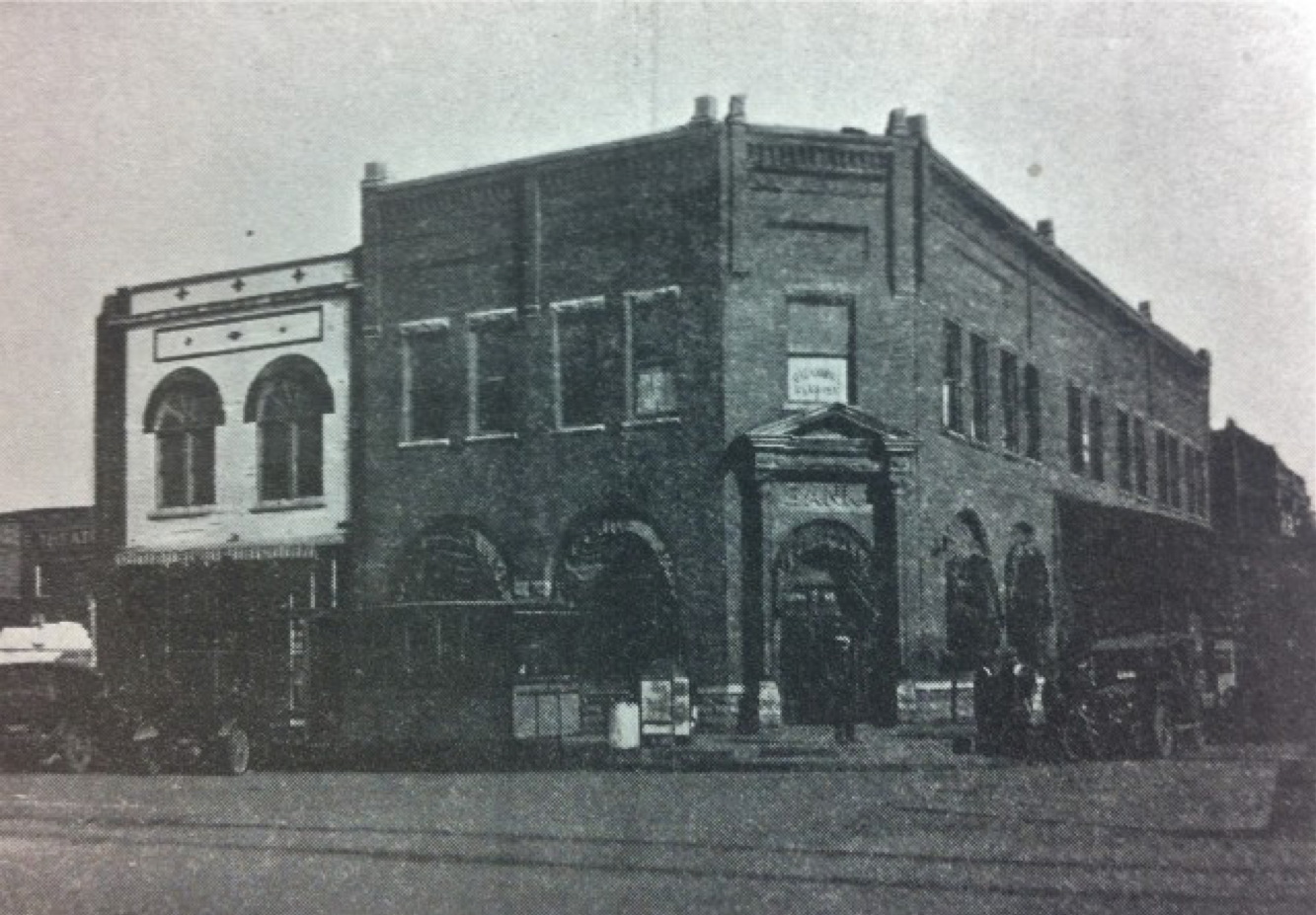 The Bank of Herrin acquires the City National Bank Building (above) at 200 North Park Avenue. At that time, it housed the Villa Tavern. In that same year, Ms. Mildred Yuill opens Yuill Music on Cherry Street. 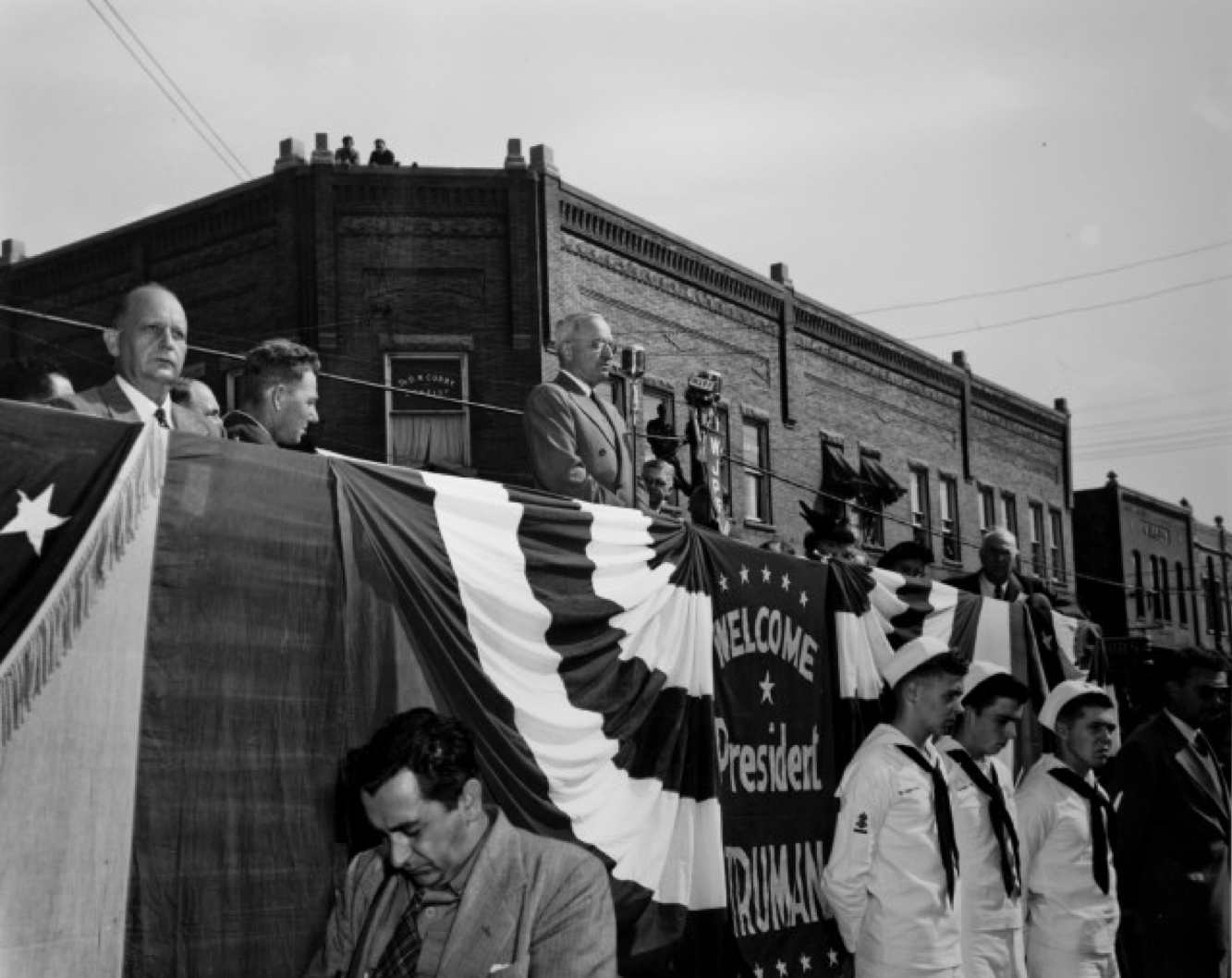 President Harry Truman visits Herrin (above) in September of 1948. The City National Bank Building, housing Bank of Herrin at the time is seen in the background, with several men enjoying a rooftop view. 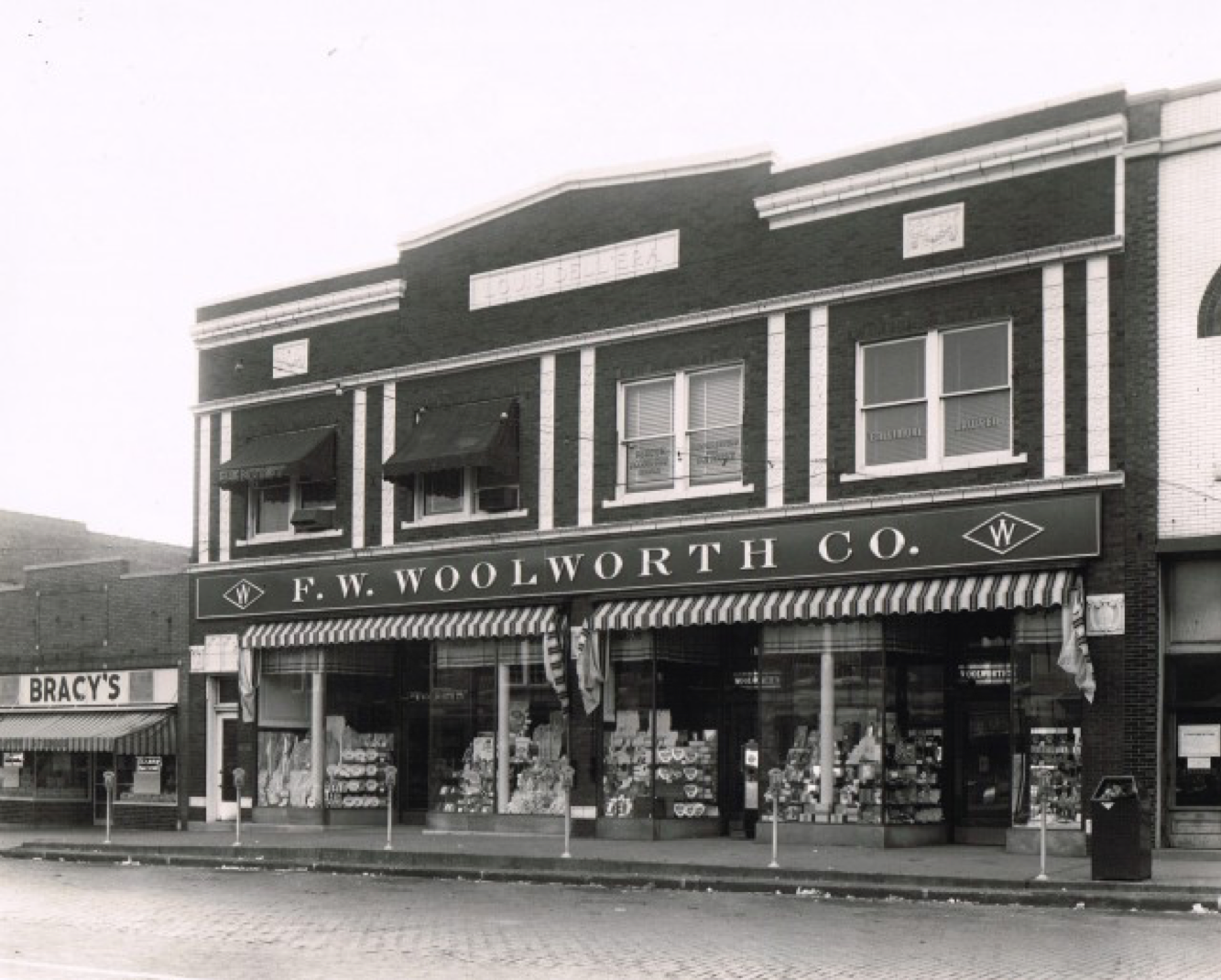 The Dell’Era Retail Building (above) becomes home to the F.W. Woolworth Company, a retail company, one of America’s original “nickel-and-dime” stores. 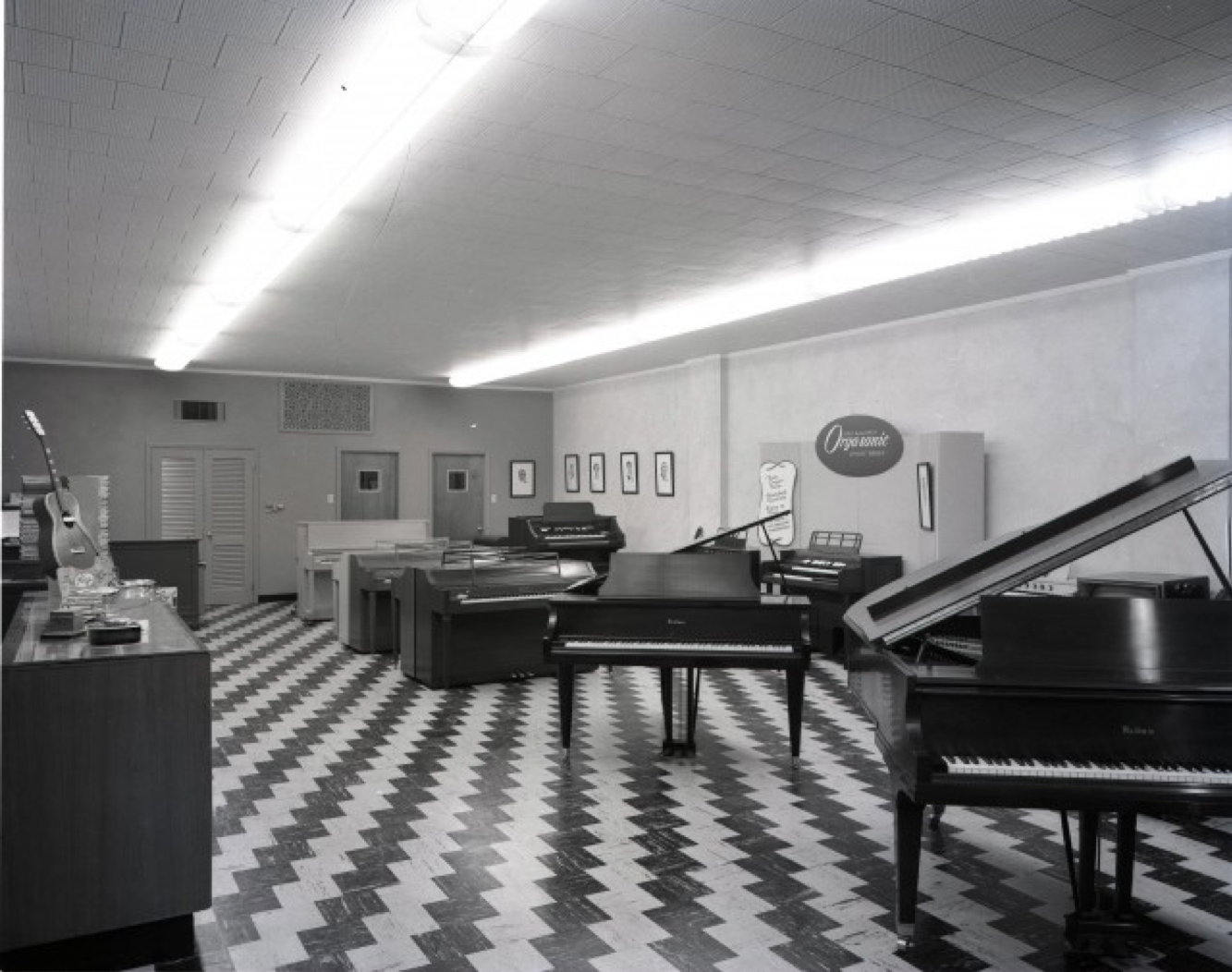 The Dell’Era building, which had housed the F.W. Woolworth Company becomes LeQuatte Drug Store. It was later sold to the Calcaterras in 1984.

The store moved into the City National and Merlo Buildings at 200 and 202 North Park Avenue. Bill changed the name of the store to “Baldwin Piano & Organ Center”. 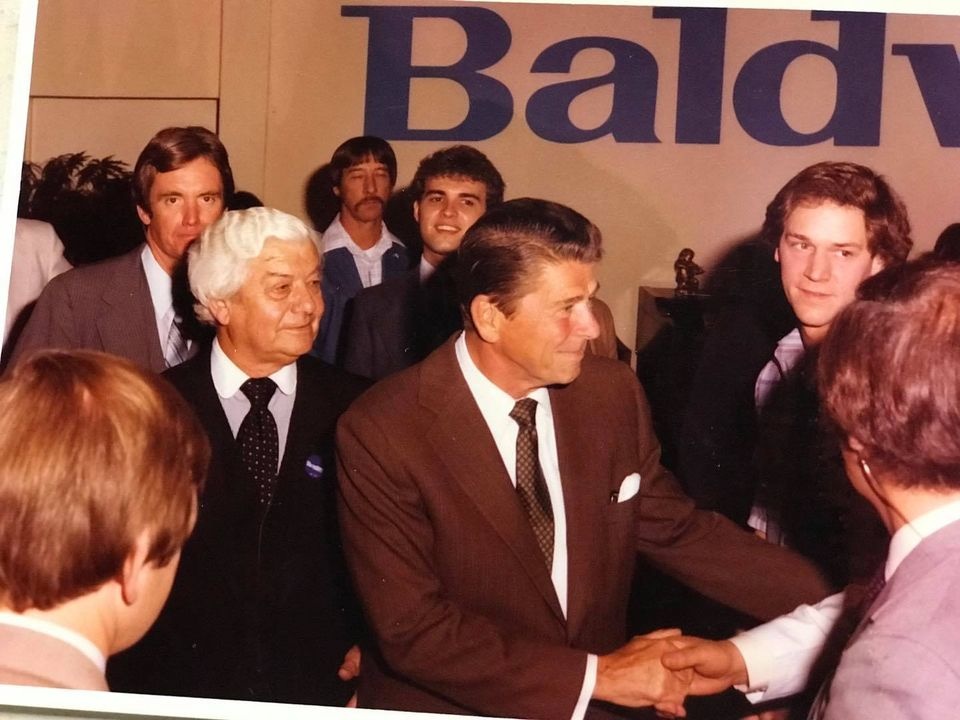 After having served many purposes over the years as retail space, doctors and dentists offices, as well as a nursing home, the then vacant Dell’Era building became victim of an arson attack.

Bill acquired the Dell’Era building two years after the fire in 1991, and renovated the building for more showroom and storage space.

The store suffered a tragic loss with the passing of Bill. Shortly after his passing, the store resumed normal operation under the direction of his business partner, Bruce Steh, who had been with the store since 1976.